The people over at CBS have put out another professional picture showing the fans a first look at the new cast together. On this picture they are all outside on the front porch waiting to go into the house for the first time and play the game. They will mostly likely be called into the house in groups of 4 since we have a total of 12 new players this season. The returning mentors are not featured in this picture because the twist didn’t get revealed to them at this point. 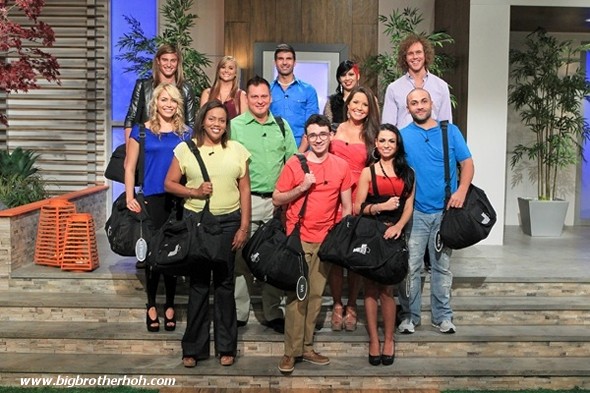