CBS has tweeted a picture showing the fans an exclusive first look at the new cast outside in the backyard plus the four returning players as well. The picture does feature the four returning players but they are hidden and will not be revealed until the very first episode on July 12th. But if you have been following my twitter or other rumors people already have a very good guess of who those returning veterans are. 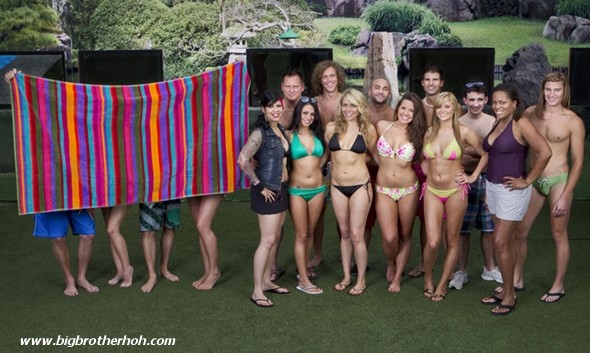 The next time we’ll see all these houseguests is during Thursday’s Big Brother 14 premiere on CBS on July 12th. Also make sure to catch them again when the 24/7 live feeds begin that night at 1am EST along with Big Brother After Dark on Showtime. If you don’t have your SuperPass account yet then there’s still time to get the special discount before it expires.