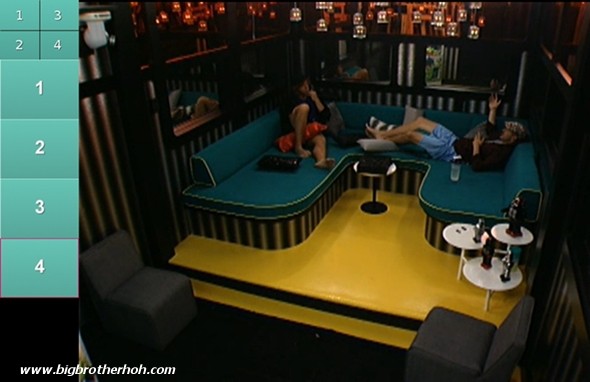 Frank and Mike Boogie also talk about how stupid they both think Danielle really is. Mike states that he wants to ask production as to why they picked her. Frank says that Danielle is very confident that she will win HOH tonight. Mike Boogie says she won’t win it and that he can’t END_OF_DOCUMENT_TOKEN_TO_BE_REPLACED 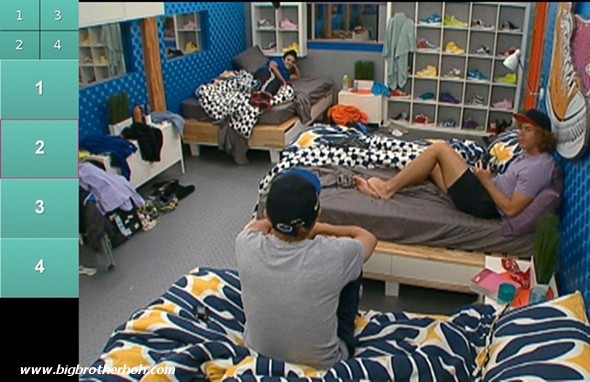 Frank says that he really wants to get Janelle out of the game next week and wishes he could. Dan asks both of them if they have any conspiracy theories about a possible twist this Thursday. Frank thinks a former houseguest might come back but if the coaches come back in he thinks that it will be 2 or 3 coaches and it’ll END_OF_DOCUMENT_TOKEN_TO_BE_REPLACED

At 9:10pm on the live feeds Mike Boogie, Dan, Janelle, Britney, Shane and Danielle are in the backyard for the sushi party. 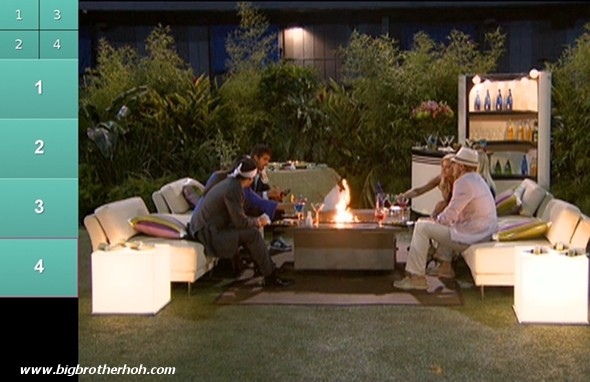 Mike Boogie, Dan, Janelle, Britney, Shane and Danielle share what their biggest surprise was in coming into Big Brother. Britney says it her picking Willie and not knowing what she got into. Mike Boogie says Wil surprised him the most when he voted out his best friend Kara. Janelle says her biggest surprise has been the way Ian has been acting. Shane states that Joe is a family man and a rugged man then he then he started making these amazing meals. Danielle says that she thought she and Jenn were going but heads with her being she’s from the south and she being from New York. Dan says he’s been hit with many surprises END_OF_DOCUMENT_TOKEN_TO_BE_REPLACED