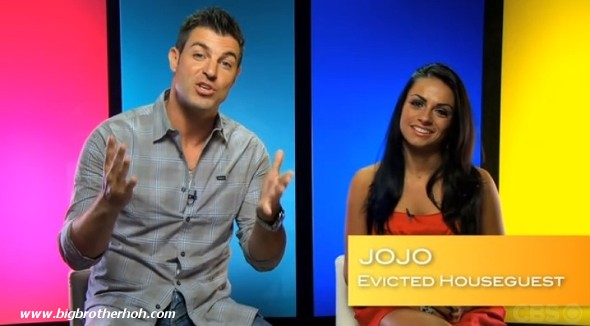 To watch the full CBS interview go to their site here. The interview is 28 minutes long so they ask her a lot of questions.

At 11:55pm on the live feeds Britney and JoJo are in the backyard chatting. 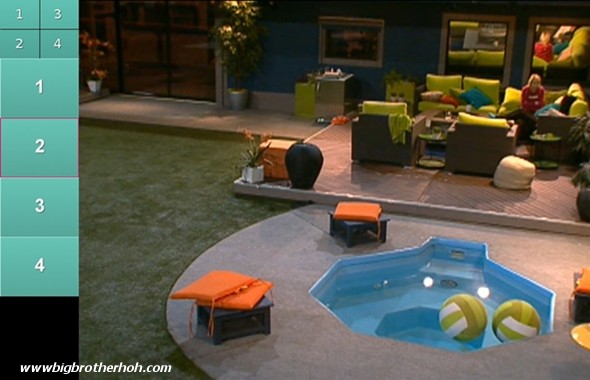 Britney is telling JoJo that she pissed off a lot of people today with the way she has been trying to win votes. She says that everyone is in the kitchen right now telling stories about all the things that she has told people. She also tells JoJo that Joe will no longer be voting for her now because she told him that his coach is running the house. Britney says that her players told Janelle everything that JoJo has been doing in order to get votes.

JoJo says its obvious that Janelle is pulling Danielle in to work with her and voting her out. Britney said Joe would of given her a vote for trading a couple of packs of cigarettes but now he isn’t even doing that. END_OF_DOCUMENT_TOKEN_TO_BE_REPLACED

Britney is Coaching Jojo on How to Stay in the House

At 12:40pm on the live feeds Britney and JoJo are in the HOH room talking.

In the HOH room Britney tells JoJo to calm down and stop talking so much game with people. Britney says that Danielle thinks she is talking bad about her and JoJo wonders why. Britney says it was because she brought up her name when talking to Frank to tell him that he had options during nomination. Britney says Danielle is downstairs and being friendly and laughing with Janelle which is not a good sign for her. Britney says to not say anything bad about anyone in the house because they will find out that she did. Britney says if she gets voted out it will be because of personal reason but if you don’t it is strategic.

Britney says that Frank came up to the HOH END_OF_DOCUMENT_TOKEN_TO_BE_REPLACED