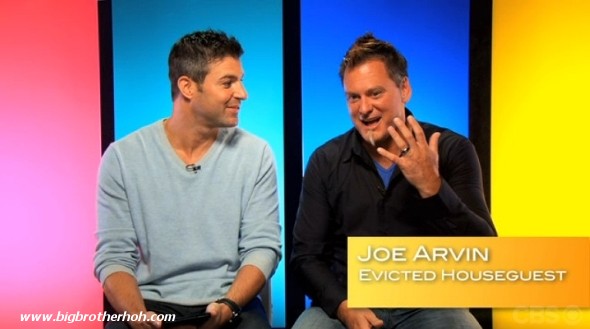 To watch the full CBS interview go to their site here. The interview is 23 minutes long so they ask him a lot of questions.

Big Brother 14: Janelle, Joe and Wil Talk About Getting Frank on the Block

At 10:15pm on the live feeds Janelle, Joe and Wil are in the backyard chatting. 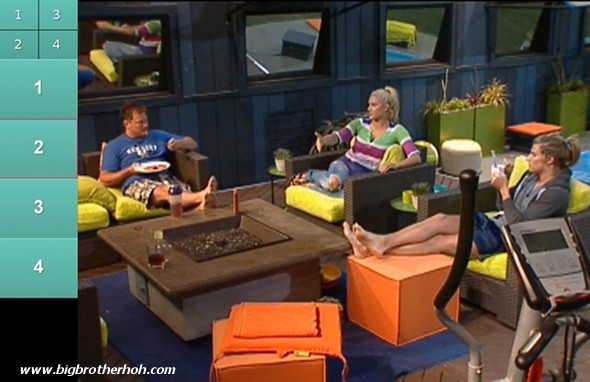 Janelle, Joe and Wil agree if Frank gets taken out this week that Mike Boogie will pull a Willie and go insane. Wil says that he cannot believe Shane is stupid enough to not take Frank out. Wil states that Shane should at least take Ashley down and have Frank take her place. Janelle disagrees and states that they need to keep Ashley up on the block next to Frank. They say that Dan would never wast a vote to evict Ashley but he might decided to cut a deal with frank and get rid of Joe.

Wil starts to run many different scenarios that include backdooring Shane next week if Frank isn’t put on the block. Janelle tells him that they should not begin to start plotting END_OF_DOCUMENT_TOKEN_TO_BE_REPLACED

Big Brother 14: Joe Tries to Make a Deal with Shane

At 4:20pm on the live feeds Shane and Joe are in the HOH room chatting. 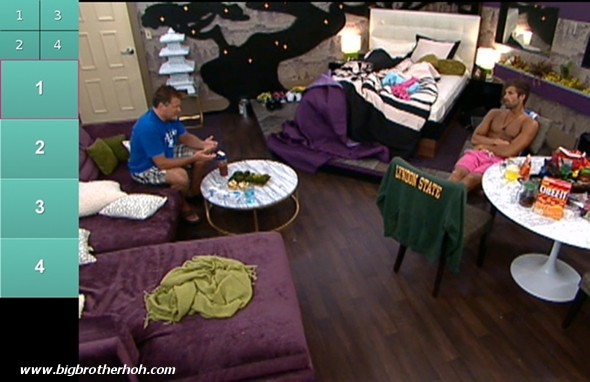 Joe is telling Shane that yesterday Frank was yelling at Janelle. He is saying he did that because she didn’t want him to backdoor Shane at all. Joe states that he is a true Kentucky boy and that his word is solid and could be trusted. He says that he would take a bullet and would jump in front of a bus for him.

Joe states that Mike Boogie has a stronger team than Janelle’s team and that if they take Frank out then Mike Boogie is done. Shane asks Joe if he would take out his own team for him. Joe says yes and that in 2 weeks he’ll take his his whole team. Joe is saying that Mike Boogie is untrustworthy because he had a deal with Janelle and turned his back on her.