Big Brother this year has put in a lot of effort to get fans pumped for the all new 16th season of the show. Tonight right after the second episode at 10pm PST CBS will be doing a Big Brother All-Nighter which will be hosted by Jeff Schroeder. 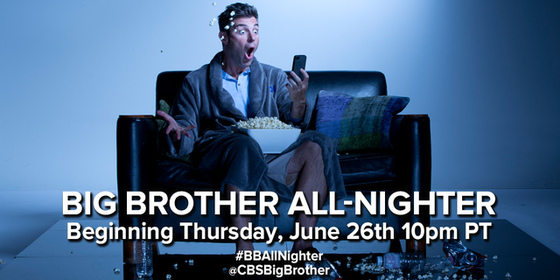 For 16 straight hours Jeff will do nothing but tweet the live feeds on @CBSBigBrother from the very moment the feeds turn on. He’ll interact with fans and former Big Brother houseguests as they all watch what’s happening in the house. END_OF_DOCUMENT_TOKEN_TO_BE_REPLACED