Mike Boogie and Frank Discuss Dan, Danielle and the Twist

At around 2:30pm on the live feeds Mike Boogie and Frank are up in the HOH room talking. 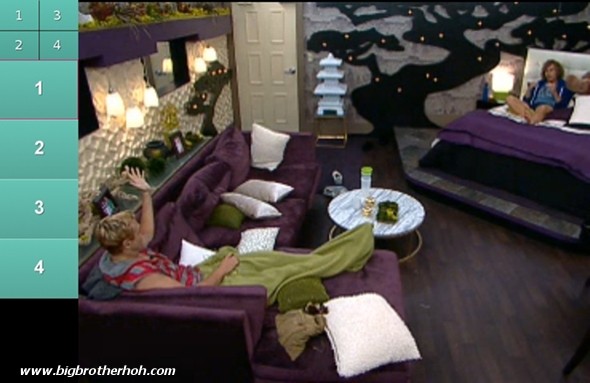 Frank says that he really thinks Dan has really been throwing all these coaches challenges so far. Mike Boogie on the other hand doesn’t understand the point of him even doing that because it wouldn’t serve him any strategic interest. He thinks he would have nothing to gain if he has been been throwing any challenges so far in the game and dismisses the idea.

Mike Boogie says when talking to Danielle that he purposely talked loud in the arcade room so people wouldn’t think they were talking game. He says that he hopes Danielle wins this weeks HOH so they can get rid of one of Janelle’s players without any blood on their hands. He says she would have any excuses as to why she couldn’t put up Shane because they are close so Janelle’s players would be the only other option.

Frank says if the twist was to bring someone back into the game then Kara would be the best choice. The both agree that they would not want to pick JoJo if they had the option to pick from an evicted player. He says that it would be huge and that they wouldn’t need even need to work with Shane anymore.