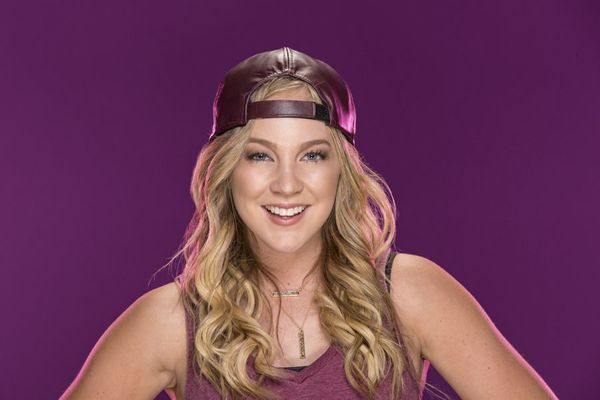 Three adjectives that describe you: Determined, creative, and perceptive.

Favorite activities: Playing The Settlers Of Catan and lifting heavy at the gym. I’m goal oriented and being fit is big to me. And playing piano; I took lessons for eight years.

What do you think will be the most difficult part about living inside the Big Brother: Over the Top house?
100-percent not having access to a “mental escape,” having no books, phones, articles, or games as a means to relax. Also, no communication with family will be tough.

Do you have a strategy for winning the game?
Connect with people on different “layers”:

Once layers are set up, I can be a strategic power player.

Which Big Brother Houseguests do you like the most and least?
Dan Gheesling! Season 10, Dan was so likeable and smart. He elevated the game with his strategy and his funeral was jaw dropping. Like, everyone bow down to Dan please. Least is James Huling from Season 18. I can’t stand how he and everyone else this season wants to make a decision as a house vote. PLAY THE GAME! Not just get to jury.

What would you take into the house, and why?
The entire Harry Potter book series, a treadmill for endorphins because I’ll need them if people piss me off, and a hairstylist, in case my extensions get ratchet.

Fun facts about yourself:
1.  I can do flips! Was a competitive gymnast with Nastia Lukin back in the day.
2.  I ate McDonald’s for every meal to get all the Pokémon toys once.
3.  I’ve competed in races like Tough Mudder and beat all the boys.
4.  I’ve been to Europe five times and visited over 13 countries.
5.  I have to drink energy drinks before movies because I don’t have the attention span.

Categories: Big Brother Over The Top • Permalink • No Comments »