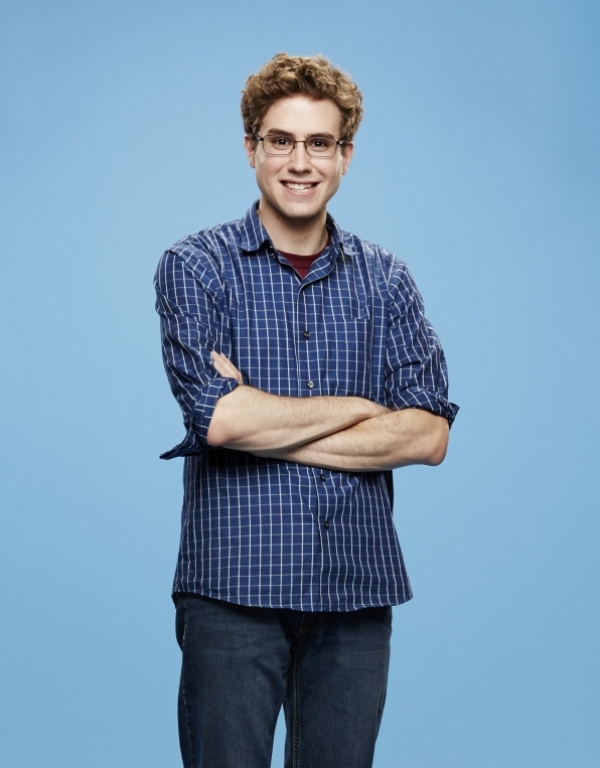 Name: Steve Moses
Age: 22
Hometown: Gouverneur, New York
Current City: Gouverneur, New York
Occupation: College student
Three adjectives that describe you: Brilliant, innocent, and deep.
Favorite Activities: I love listening to, playing, mixing, and recording music. Some of my happiest moments here are when I’m playing in trombone choir and we make this solid wall of sound after building up lots of tension over the course of the piece. I get these goosebumps down my spine that I don’t get from anything except for music. Music, when played right, can be a really deep and fulfilling emotional adventure.
What do you think will be the most difficult part about living inside the Big Brother house: The most difficult part would be dealing with stupid people who choose to completely disregard the consequences of their actions. It’s much harder to reason with people who are too nearsighted to even try to think strategically and be in the position where I have to deal with them will be a struggle. At the same time, I’m super-nervous about dealing with people like this and can compare myself to my dad. When he was my age, he was drafted into the Vietnam War. If my dad can handle that, I can handle the Big Brother house.
Which past Big Brother cast member did you like most: My all-time favorite houseguest is Danielle Reyes from Season 3 and All-Stars. Not only is she a mom in real life, but we also got to see her act like a loving and caring mom in the house through her relationship with Jason. I loved it when her claws came out when anyone even thought about trying to touch Jason. She was a strong and proud woman who was very confident and made big moves when necessary. She is responsible for one of the most memorable moves in history getting Marcellas to not save himself with the first golden PoV. All of these qualities reminded me of my own mom. For these same reasons, Helen Kim from Season 15 is a close second favorite.
What are you afraid of: My engineering background has made me afraid of heights. Now that I’ve seen how tall buildings and the like are designed, I know what absolute crap the design process is. I’ve studied too many cases of building failure (with hopes of learning from the mistake) that were caused by one tiny little detail.
Finish this sentence: My life’s motto is… A quote that I found on Facebook. It was the basis for my graduation speech and also part of my inspiration to leave Cornell for Fredonia: “Go ahead, take chances. Tell the truth. Date someone totally wrong for you. Say no. Spend all your cash. Get to know someone random. Be random. Say I love you. Sing out loud. Laugh at stupid jokes. Cry. Apologize. Tell someone how much they mean to you. Tell a jerk what you think. Laugh until your stomach hurts. Live life. Regret nothing.”
What would you take into the house and why: First would be a notebook and a pencil. There are always competitions towards the end of every season that test your memory of the season up to that point, so I’m going to have to memorize as much as I can about every competition and ceremony as I go. I would love to have a notebook so I would have a way to document everything as it happened to help me in those last few competitions. Second would be Coco, my teddy bear. Unlike most college males, I still have not given up sleeping with my teddy bear. If I make it into the house, it will be, by far, the longest I have ever gone without sleeping with him since I was 10. Finally, my trombone. I’m sure I will be experiencing a wide range of emotions in the house, and I would love to have a means of making music to get it all out.

Often compared to Sheldon from The Big Bang Theory, Steve is a genius who learned early on how to kiss up to his high-school teachers and manipulate them into giving him top recommendations for Cornell, the Ivy League university where he ended up studying Mechanical Engineering. He may be a 22-year-old virgin who doesn’t drink or smoke, but that doesn’t stop Steve from being the wildest and loudest guy in his fraternity. At the age of 18, he taught a Cornell Engineering class and was only one year older than his students. This master of disguise and manipulation’s strategy is to play the “childlike, less intelligent young virgin who sleeps with his teddy bear.”