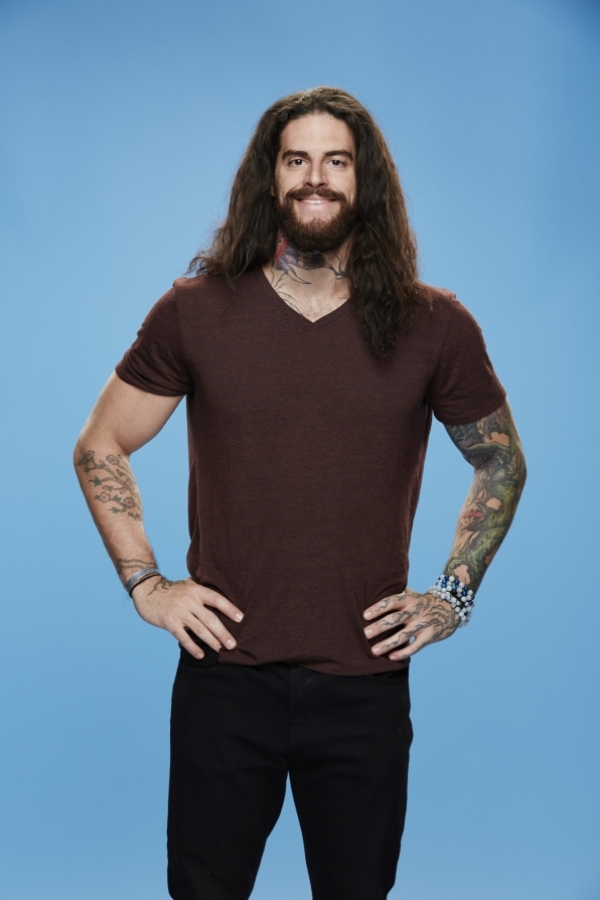 Name: Austin Matelson
Age: 30
Hometown: Woodland Hills, California
Current City: Woodland Hills, California
Occupation: Professional wrestler
Three adjectives that describe you: Taut, equivocal, and passionate.
Favorite Activities: Gymnastics, cheerleading, yoga, Pilates, reading, writing, and people watching.
What do you think will be the most difficult part about living inside the Big Brother house: Being cut off from my routine and from my family.
Which past Big Brother cast member did you like most: I liked Dr. Will and Howie the most. They are complete opposites, Will being the player I would study and try to emulate, but Howie I found hilarious and fun.
What are you afraid of: Scissors, train tracks, truth claims, and living an average life.
Finish this sentence: My life’s motto is… Silence makes losers of us all.
What would you take into the house and why: Three Color Me Badd CDs, in case the first two broke.

Austin grew up with four younger siblings, all girls. His parents were hippies who let him stop going to school before eighth grade! Although he was never pushed to study, he was always self-disciplined and got up at 6 AM to read and exercise. It paid off, as he later received a Masters degree in Medieval History and fulfilled his childhood dream of becoming a pro wrestler. He is known as the wrestler Judas. His looks are deceiving, as he is a flower child who does a yoga stance as opposed to beating down his opponent.