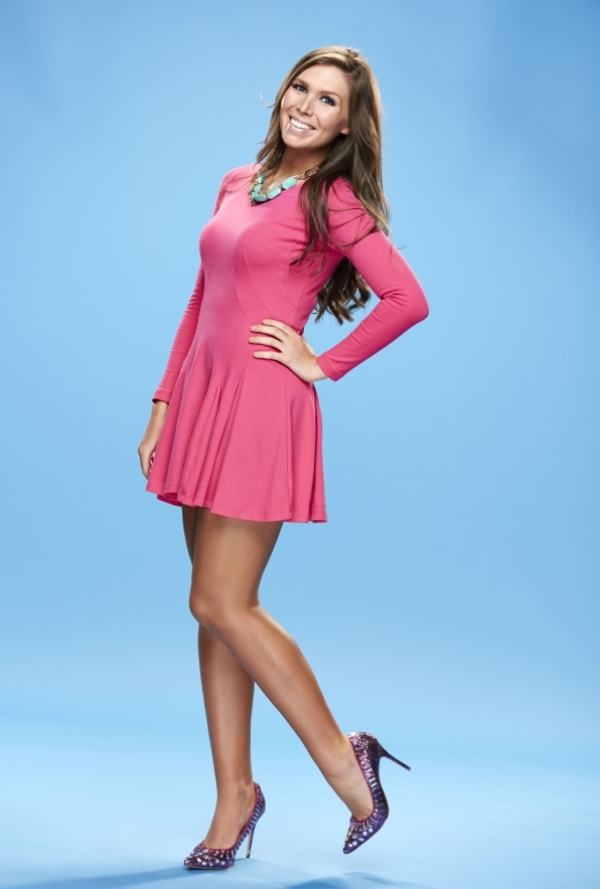 Name: Audrey Middleton
Age: 25
Hometown: Villa Rica, Georgia
Current City: Villa Rica, Georgia
Occupation: Digital media consultant
Three adjectives that describe you: Radical, fun, and intelligent.
Favorite Activities: I have some nerdy hobbies. One being I have taken a huge interest in astrology. I love to talk to my friends about the things that I’ve learned and drawing their charts for them. I actually found a nerdy online format of the show Survivor that was created by a fan and participated in it for two months. Astrology was a major part of my strategy. I chose to use astrology because it’s an icebreaker and no one is threatened by it because most people don’t believe in its legitimacy. So I did a chart for each person and leveraged moves based on each person’s astrological ego and won. I love playing competitive strategic games and thought it was cool to take an unconventional approach to the game and take home the win. I also love to read philosophical content. I like to find quotes and memes that resonate with me and add them to a corkboard in my room. When I’m not nerding out on the computer, I love doing things outdoors. Camping, hiking, rock climbing, rafting, kayaking, swimming, and the list goes on. I live for adventure! Now, on the contrary to being an extremist and playing in nature, I love to get dressed up and go out. I like to put a lot of effort into my appearance. Not in a superficial way, but it’s one of the most fun forms of self-expression for me. Fabulous hair, lashes, makeup, I’m the Beyoncé of my life story. As I should be, right? I also love live music. Witnessing art in its purest, most raw musical form is a magical experience for me. I deeply envy those people with great musical talents, but appreciate them so much. I also am a bit of a foodie. I love finding new cool places to eat and enhancing my palette as often as my wallet will afford!
What do you think will be the most difficult part about living inside the Big Brother house: The most difficult part of living in the Big Brother house is going to be sleeping with the enemy. You are trapped in an environment with people who you may or may not be consciously aware are lying to you, scheming against, targeting you, and only have their own best interest in mind. An intelligent person does not wake up everyday and willingly interact with people who don’t have their best interest so having to put on a face, be liberal and incessantly entertain people you could very well deep down despise is going to be hard work!
Which past Big Brother cast member did you like most: My favorite Houseguest of all time is Rachel. She’s beautiful, hilarious (even when it’s not on purpose), and most importantly truly understands how to play this game. She won, so she’s not completely underestimated, but I don’t think people salute her enough for how intelligent she actually is underneath the “looney toon” image she might project. I get that she’s an acquired taste, but I respect that she stops at nothing to get what she wants. She’s all business and very objective when going after what she wants to accomplish. I will be very similar just hopefully with a less antagonizing approach. However, I am not a wallflower either.
What are you afraid of: The only legitimate fear I have is probably spiders. I hate how sneaky and creepy crawly they are.
Finish this sentence: My life’s motto is…Throw me to wolves and I’ll come back leading the pack!
What would you take into the house and why: I would take my journal, because I like to write down affirmations and really endearing quotes to keep things in perspective for me. It would also be helpful for me to archive mental notes about people in game. I would also bring my tarot cards because I do believe in being able to tap into the unconscious and revealing a perspective that you can’t necessarily see as clearly with all the conscious “brain chatter.” I don’t believe they have magical powers and will tell my unforeseen certain future, but each card offers a psychological perspective that should be in the hindsight of a person’s mind anyways. Lastly, I would bring my favorite astrology book because it makes for a great conversation piece and I would love to see who readily admits that they identify within it. It’s not for everyone, but I would say 8 out of 10 people entertain the idea just for fun.

Audrey grew up in a small Georgia town. She is very tight with her parents and considers mom and dad among her best friends. She has worked some interesting jobs, including a pizza delivery person and an MMA Ring Girl. She prefers tall, dark and handsome guys with a quick wit. She spent a good part of her life swimming competitively, where she excelled, and she still swims laps every week at the gym. She loves to get dressed up and look fabulous head-to-toe, but she also isn’t afraid to get dirty. Camping, kayaking and hiking are some of her favorite activities. Audrey believes that fear is an illusion and she doesn’t get intimidated easily. This Big Brother super fan says, “I will not float. I will make bold moves and I will get blood on my hands. Heads will roll!” She compares herself to Dexter Morgan.