Frank and Shane Discuss the Coaches and Working Together

At 7:40pm on the live feeds Frank and Shane are outside in the backyard chatting. 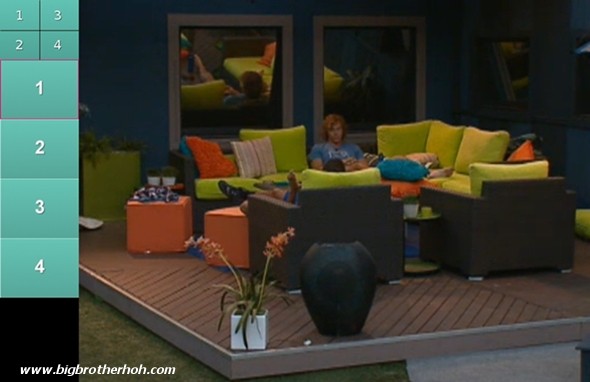 Shane tells Frank that he really can’t play the game anymore for his coach and he needs to work alone. He brings up the fact that they can get switched at any moment and both him and Frank will be the ones traded for because they are the strongest players. Shane says he would like it if Britney won the money but he’s not bound to her in any way in this game. Frank agrees says they came very close this week to being switched for different players.

Frank says that hes really worried that his team they won’t be able to win any competitions. Shane tells him he that he is serious about him and Frank going to far in the game together. Shane says he knows Franks is a straight shooter, Shane once trusted Frank and he now trusts him again. Shane says that he feels bad for JoJo because Willie was suppose to go home this week. Shane brings up that CBS is going to have to do something to shake the game up he doesn’t think they have enough players to end it the way it is.