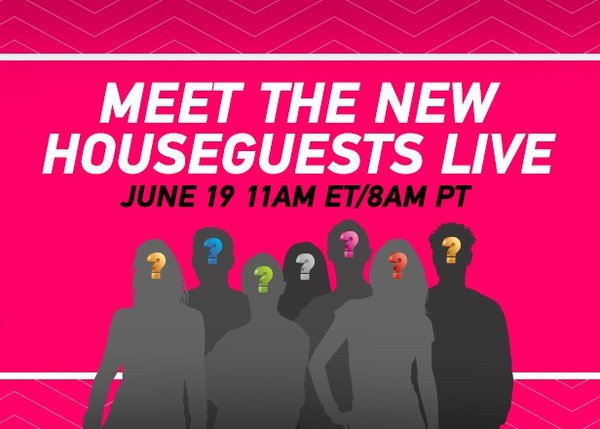 The day all Big Brother fans eagerly wait for is almost here. The houseguests will be revealed via a CBS All Access live stream to subscribers on Monday. What type of houseguests will we end up seeing this summer? All new players, returning players, or a mix of both?

Starting Monday, June 18 at 11AM EST the new Big Brother 19 houseguests will have their official interviews released. The interviews are going to be exclusively available only to subscribers of the CBS All Access pass. Want to watch all the exclusive interviews? Then you’ve have to sign up at CBS All Access and you’re ready to go.

This is the third year in a row that CBS is letting the live feeders see the cast before anyone else, as there is usually a big media announcement with several media outlets already having done interviews with the houseguests. Again this year it seems that they aren’t letting any other media outlet get ahead of CBS’s official cast announcement.

Want to watch the Big Brother 19 cast reveal live? Then make sure you are signed up for the Big Brother live 24/7 feeds on CBS All Access then tune in on Monday at 11AM EST. If you miss the live stream then you will be able to watch the replay afterward but it will still only be available to subscribers only.

For those who don’t already have the Big Brother live feeds, you must sign up to CBS All Access, which is basically CBS’s answer to Hulu or Netflix. A subscription is just $5.99 per month, which lets you watch the live feeds as well and all past seasons of Big Brother plus additional CBS programming.

We appreciate if you are going to get the Big Brother 19 live feeds, that you might be nice enough to do so through one of our links or banners. It doesn’t cost you more, but the small help to keep this site active all summer long. So if you are ready to get the live feeds, just click on any Big Brother banners or links you see to get started today!