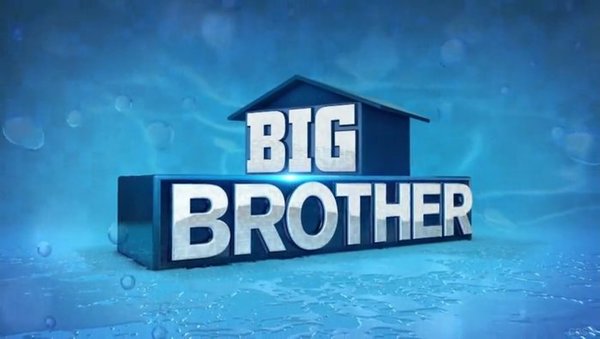 The year was 2015 and we saw Big Brother season 17 dominating our TV screens. On average, nearly 6 million people stayed in front of their TVs to see what’s going on in each of 40 episodes of this show, which lasted for three months. The show premiered on June 24 and after 98 days on air, it finished with a spectacular finale on September 23. This makes it the longest season of the US-version of Big Brother so far.

But, that’s far from being the only milestone that marked this season! The 17th season of Big Brother also broke records for the number of houseguests. A total of 17 houseguests were featured in the season. Of course, at the end, only one of them won the main prize. But, before we go to that, let’s remember the best parts of this season, which was full of both tears and laughs. So, let’s go back a few years and remind ourselves of the best moments of season 17.

The Format of Big Brother Season 17

This season of Big Brother brought a couple of changes to the original format, although the main rules remained intact. Same as in any other season, this one too had contestants living in the Big Brother house without any contact with the world outside. At the end of each week, one of the house guests had to be evicted.

Each time, the eviction of contestants produced a lot of sparks. It’s because the process of selecting the overabundant houseguest was quite exciting. The two winners of the Head of Household contest, which was held earlier in the week, had an exclusive right to nominate two contestants for eviction. However, the final decision was to be made by a vote among all the houseguests.

Okay, the rules might seem a bit complicated. But, to be fair, the success of a Big Brother series depends mostly on how interesting the houseguests are to the audience. That’s exactly why the Big Brother season 17 was met with such praise! The fans quickly fall in love with the interesting personalities of Big Brother houseguests!

The Most Interesting Houseguests

Big Brother season 17 featured so many interesting personas. In fact, every houseguest in the house managed to leave a huge impression on the viewers, regardless of how long they stayed in. The season premiere saw 8 contestants entering the house, most notably Audrey Middleton, who was the very first transgender person to appear in this show.

The same night, Austin Matelson moved into the house. If you’re a fan of WWE NXT wrestling, you’ve probably familiar with his work. Later on, another sort of celebrity joined the other residents of the Big Brother house – professional poker player, Vanessa Rousso. At that time, she was ranked one of the top 5 best-earning female poker players on the planet.

The rest of the contestants came from all over the United States and had all kinds of professional backgrounds. Some of them were college students before moving in the Big Brother house, some worked as professional dancers, while most of them had jobs in marketing.

The twist for the season 17 was that each week a surprise guest was to enter the Big Brother house and announce the twist for the following week. Several celebs featured as surprise guests, like Phil Keoghan, for example. Keoghan brought news about two twists – two new house guests and the BB Fast Forward. The new guests were Jackie and Jeff from The Amazing Race, while the BB Fast Forward was a one-week immunity for the contestants Da’Vonne and Vanessa.

The twist for the week 2 was revealed by the comedian Kathy Griffin. The Last Laugh twist involved a houseguest answering the phone just at the right time to win the prize. The houseguest who won was able to pick which three contestants to stop from voting that week. The winner of the Last Laugh was Da’Vonne, who blocked the votes of Becky, Jackie, and Jeff.

During the week 3, Rob Gronkowski from the New England Patriots visited the Big Brother house to reveal another twist to the guests. This time it was the start of the Gronk’s Party Week. What this meant was that during the following week, no one was going to be evicted.Apart from bringing the guests the Gronk’s Party Week, in which Have-Nots weren’t removed, the NFL star also brought the Luxury competition. This contest involved all the winner’s of the weekly competitions, who competed for a 3-day luxury cruise.

The Battle of the Block

In the first week, American TV personality, Julie Chen revealed to the house guests that we’ll see the return of the Battle of the Block. This was a competition that guaranteed the winners immunity for the week, as well as overtaking the throne of the Head of Household.

In order to win the Battle of the Block, houseguests had to move blocks from one place to another by navigating the balance beams. In the first ever Battle of the Block in Big Brother 17, the winners were Becky Burgess and John McGuire.

The First Eviction of the Season

June 2 was the day when the first week of the Big Brother season 17 ended. What that meant was that it was the time for the first eviction. The houseguests voted against Jace Agolli, who became the very first contestant to get evicted in this season.

The same night Julie Chen surprised the first evicted houseguest, Jace by revealing that twins, Julia and Liz Nolan were competing as one, as a part of the Twin Twist. He was shocked to hear that two houseguest were playing as one person.

Liz and Julia Nolan are identical twins. In fact, there’s no way to tell them apart, which is why it’s not a surprise that the other contestants had no idea that Liz was in fact two people. The rule was that the twin sisters had to switch every couple of days, thus competing as one person.

However, everything changed in on Day 43, when that rule was canceled. From the Day 43, the twins started competing separately. They did it so well that one of them even managed to reach the finale of the show! I’m talking about Liz Nolan, who was very close to winning the whole series.

As the Big Brother season 17 started to heat up, the viewers soon gotten their favorite. John McGuire, better known as Johnny Mac, quickly became everyone’s favorite and one of the most recognizable faces in the house of Big Brother.

So, what was he doing? Well, he was overly charismatic even when angry at the other contestants. Still, those who followed this season of big Brother would probably never forget his laughs throughout the show. Of course, we must not forget to remind you about his legendary performance in the task that involved impersonating a pop band, with Jason and Liz called the Whack Street Boy’s.

When it comes to James Huling, he was equally loved by the audience as Johnny Mac. Actually, people loved James even more, which is the reason why he got the America’s Favorite Houseguest, at the end of the season.

Meg Maley and Vanessa Rousso Making Us Love Them

A modest server from New York, with a witty sense of humor, Meg Maley, was one of the most lovable residents of the Big Brother house. She made us laugh so many times – just remember the time when she had an epic fail moment, slipping and falling straight on herface?! Of course, we loved her for many other reasons, some funny, some rather emotional.

Meg had close personal bonds with many other house guests, so many of the viewers hoped to testify a real-life romance on their TV screens. Some thought Meg flirted with Clay Honeycutt, some believed she had fallen in love James Huling. Unfortunately for the romantic viewers, none of this turned into something serious.

When it comes to Vanessa Rousso, from the moment she entered the Big Brother house, she started attracting attention. This heart-breaker had all the qualities of a modern-day femme fatale. She’s beautiful, witty, and even plays poker at the professional level!

The final week of the Big Brother season 17 was the Week 13, when only three contestants were in the house. The three last standing house guests were Steve Moses, Liz Nolan, and Vanessa Rousso. It was the time to prepare for the final, but also to think more about the summer events.

These three contestants stayed in the house for nearly 100 days, during which friendships were made, love relationships had fired up, and sweet memories were made. But, the last week of the season meant mental preparation for the final three contestants who had already started thinking about the main prize.

The season finale took place on September 23, 2015 and apart from showing what happened in the week earlier, it also revealed the winner of the series. More than 6.54 million viewers were in front of their TV screens to witness the end of the season 17 of the American Big Brother and see which of the remaining three contestants was going to win the top prize. The first excitement of the final episode was the battle for the Head of the Household. This was very important for all three remaining guests as winning it would mean getting a spot in the final two. But not only that, the Head of the Household had the privilege to evict one of the other two guests.

The contests for the Head of the Household was won by Steve Moses, who then decided to say farewell to Vanessa Rousso. What this meant was that the battle for the prize was going to be between him and Liz Nolan. However, this time, all was in the hands of former residents of the Big Brother house. They were the ones who had to vote to choose the winner of the series 17 of the US Big Brother.

So, you’re probably very eager now to find out who won Big Brother 17, but I’m going to keep you in suspense a while longer. I’m going to tell you that Vanessa, who just got evicted, voted against Steve Moses. Unfortunately for Liz, Vanessa was one of only three former house guests who gave her the vote. Others backed Steve Moses, making him the winner of the season 17. Steve, who was at the time a 22-years-old college student, won the life-changing cash prize of half a million dollars!

Is Season 17 the Best that Big Brother Has to Offer?

Whether you’re a fan of reality shows or not, you must admit that Big Brother deserves the praise. After all, this was one of the first reality TV shows to reach a large audience, as well as critical acclaim. Yes, you’ve read correctly, Big Brother was loved by the critics when it first appeared on TV. However, over the years, people started to get enough of it. Of course, not all people – us fans kept following the series passionately.

Still, even I, who consider myself to be one of the biggest fans of this show must admit that some seasons failed to impress. As if the quality started dropping after a couple of seasons. But, that can’t be said for Big Brother season 17! It came as a needed refreshment to make the US audience fall in love with this show again. I can honestly say it made me a born-again fan of Big Brother.

A couple of years have already passed since the original airing of this season of the American version of Big Brother, but I still remember a big part of it. The reason for that is that the house guests made a strong impression on me and I’m sure I was not the only one. In fact, I guarantee that there are millions of us right now in the United States, who would watch the season 17 all over again!