Yesterday the official Big Brother 15 house pictures from CBS were finally released to the public. We got to see the all new kitchen, bathroom, HoH room, backyard and memory wall to name a few. The memory wall has 16 picture spots and Julie Chen has confirmed that 16 houseguests are playing this season. 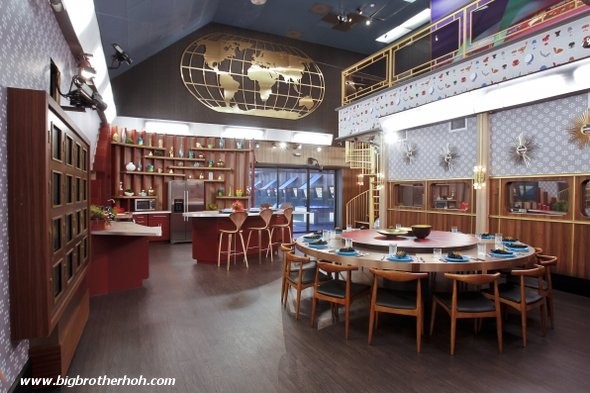 The all new house is inspired by the 1964 World’s Fair and it looks very mid-century chic. It basically looks like what people in the ’60s thought the future would look like. It’s a very and cool look and desperately makes me want to live in a house like this for the summer.

Only 6 days to go until Big Brother 15 starts and these pictures are adding to our enthusiasm for the show to begin. A lot more details of the house, the houseguests, the twist and the cast will be coming out this week. Make sure to save this site for all your Big Brother 15 updates for all 100 days of summer.

You can get a lot more exclusive Big Brother 15 information if you have the get the Big Brother live feeds from CBS. If you don’t have your subscription yet, you can still sign up for the 20% off Early Bird Special for a limited time only!