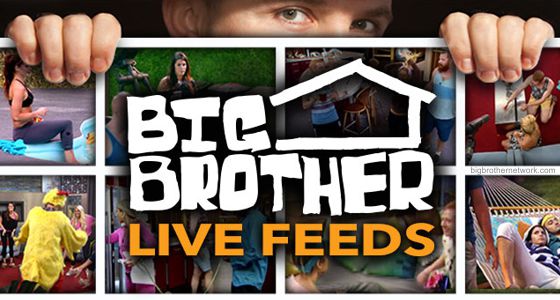 You’re a Big Brother fan, but you only watch the CBS episodes. While you’ve heard lots of other fans discuss the Big Brother live feeds you’re not sure what they are, what they provide, or even if it’s something you should be using. If that sounds familiar then you’re in the right place. I’m going to explain everything you need to know about the live feeds.

Big Brother feeds are live and uncensored so you’ll be able to watch what happens as it happens. There’s no censoring, no editing, no holds barred. Unrated means you see everything. Remember the Rachel and Brendon romance? They showed all of it. Chima losing her mind and getting evicted? Yep, that too. The biggest moments in the game shown in ways CBS could never air them.

You’ll get spoilers days ahead of the show when you get to watch the HoH endurance competitions live or see the fallout of the weekly Veto competitions. The live feeds keep you connected to Big Brother as it happens.

There are two Big Brother games every season. One is shown on CBS. The other can only be seen on the live feeds and the difference can be incredible. It really is like two separate shows sometimes.