The very first episode of Big Brother 15 premiere is less than two weeks away if you haven’t heard by now, subscriptions for the Big Brother live feeds have opened up. Are you as thrilled as us and can’t hide your excitement? Seriously, we’re already planning a lavish event for our premiere party. 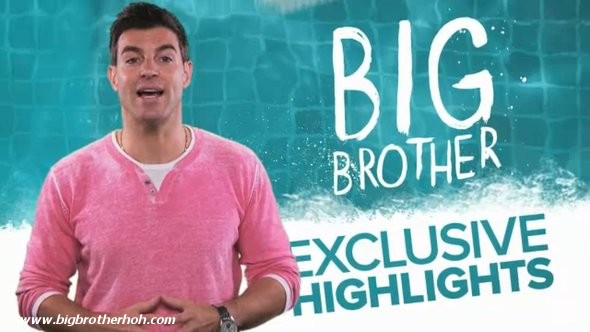 If you are new Big brother live feed watcher let us help up get up to speed. Big Brother Season 11 and 13 houseguest Jeff Schroeder is here to explain to you why signing up for the live feeds is worth the cost of a cheap lunch for three months of uncensored, 24/7 access into the Big Brother 15 house.

“For the ultimate big brother experience, sign up for the Big Brother Live Feeds,” Jeff says in the promotional clip from the CBS website. “Get 24/7 exclusive live video from inside the Big Brother house, including all the action that is way too hot for TV!”

As Jeff states, with the Big Brother 15 live feeds, you can easily “switch between four different cameras to follow the action that you want to see. You can even watch all four cameras at once.” He also points out how live feeds subscribers will “also get exclusive Big Brother highlights and exclusive access to the Big Brother archives, where you can watch any moment from this season’s live feeds.”

The Big Brother live feeds from CBS also have integrated social media components to give a community feel to the whole thing. “You can connect with other fans in the members only chat room and follow Big Brother tweets, all while watching the live video feeds from the house,” Jeff says.

The Big Brother live feeds are available on your computer, tablet and smartphone, so you can watch it anywhere. Plus, if you subscribe anytime before June 25th by using the Early Bird Special you’ll save 20% off the monthly subscription price.