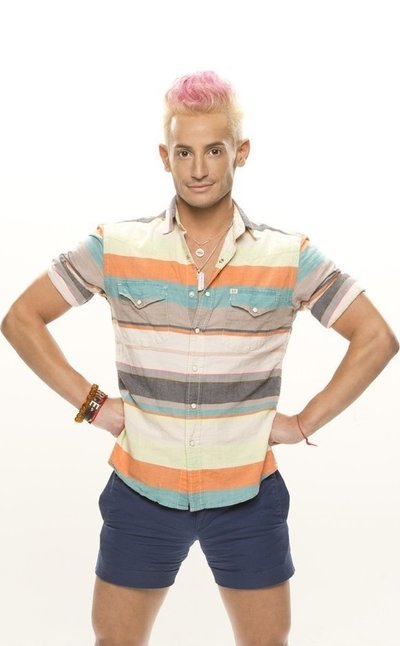 Three adjectives that describe you: Sparkly, charismatic and unreserved.
Favorite Activities: Biking, swimming, twerking, doing impersonations and making funny videos with my friends!
What do you think will be the most difficult part about living inside the Big Brother house:  Being disconnected. I think I would love it for a week or even two, but eventually I would start to go into Twitter withdrawal.
Do you have a strategy for winning Big Brother?: I am going to be the happy likable person that everyone wants to keep around in the beginning, but I will be good at competitions. I will use the HOH’s that I win to make everyone want to be on my side.
Which past Big Brother cast member did you like most: I love Britney; she was likable, aggressive, manipulative and entertaining.
What are you afraid of: Spiders, ever since one almost killed me.  I am totally fine with insects though because I studied entomology in college.
What is the accomplishment you are most proud of: Helping a student. One of my students came out to me and admitted that he was thinking about taking his life until he met me. He called me his angel who showed him the path to life.
Finish this sentence: My life’s motto is… Shine bright like a Frankie.
What would you take into the house and why: 1. Ariana’s music, because she is my best friend and inspires me to keep working and persevering. Also, I LOVE HER MUSIC! 2. My kindle with all of the Harry Potter books loaded on it. 3. An endless supply of grande double dirty iced soy chai lattes in venti cups with extra ice.
What would you do if Big Brother made you famous: Exactly what I am doing, but hopefully on an even bigger scale with worldwide reach, bigger shows and bigger tours.

Frankie is a former Broadway actor who is now a popular YouTube sensation with over 175,000 subscribers and nearly 10,000,000 views.  His sister is the multi-platinum selling pop singer Ariana Grande.