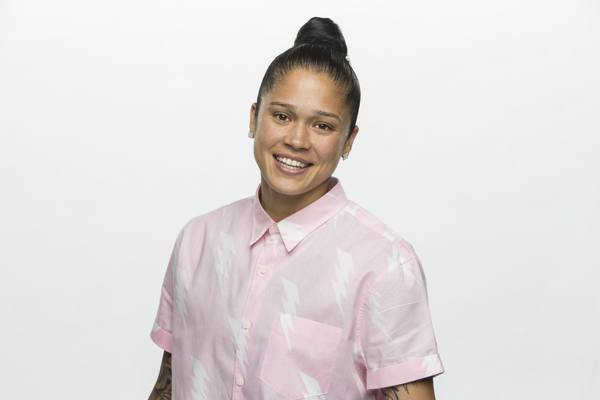 Three adjectives that describe you: Fun, positive, and athletic.

What do you think will be the most difficult part about living inside the Big Brother house?
I would have to say learning to trust strangers and maybe knowing the fact that you will have people talking behind your back and try to be shady. Other than that, I adapt pretty well, wherever I am.

Which past Big Brother cast member did you like most?
I liked Cody Nickson, just because he was different and such a badass. He went against the grain when everyone else in the house wanted to follow Paul Abrahamian because he was a previous cast member.

Cody was a competition beast. I mean, the only thing I would say is he could’ve had a better social game.

Do you have a strategy for winning the game?
My strategy to win the game is to use my social skills to my advantage. I am a big-time people person. I also want to be as honest as possible in the game. I am a loyal person in real life and I want to stick to that as much as I can.

I also don’t want to seem too much of a threat from the very beginning where I then become an immediate target. I’m also looking to align with some people where I feel the vibes are right and legit.

My life’s motto is…
Think outside the box, take risks, and never give up.

What would you take into the house and why?
– Pictures of my family, which I already know is not allowed, because they are my motivation.
– My Jordan sandals because I don’t like to walk around the house barefoot or with just socks on.
– Pre-workout supplement so I can have that extra boost, if needed!

Fun facts about yourself:
– My mother is Filipino and met my father in the Philippines while he was traveling in the Navy.
– I was fiercely loyal to my first job in high school and worked at Smart & Final for 11 years.
– I moved to Scottsdale for a girl, then broke up after a few months living there, but ended up staying there and made a new life for myself!
– Big Brother is the only TV show I watch and it’s my tradition with my dad.