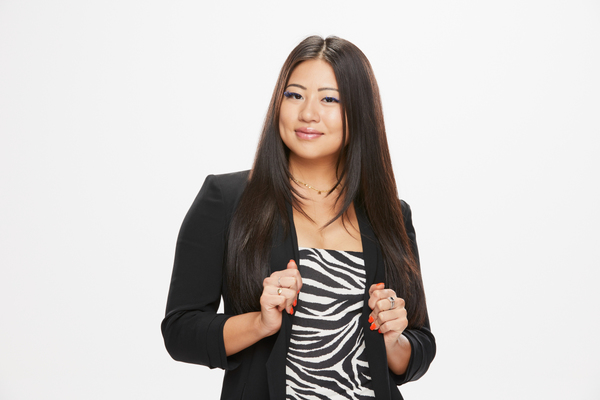 Three adjectives that describe you: Spontaneous, reckless, and generous.

What do you think will be the most difficult part about living inside the Big Brother house?
Nothing. I low-key feel like I was born for this.

Which past Big Brother cast member did you like most?
I liked when Isabella Wang won Season 21.

Do you have a strategy for winning the game?
Bribery.

My life’s motto is…
“It ain’t that serious.”

What would you take into the house and why?
–  I need someone to fill my lash extensions every 2-3 weeks or I will look like a thumb and not a pretty Houseguest.

Fun facts about yourself:
– I had a Tiger Mom and she was nuts. My parents never let me hang out with friends.
– I play tons of instruments, I took Chinese lessons every Saturday for eight years, and I’m fluent but my reading and writing is crap.
– I climbed Mt. Kilimanjaro… but I didn’t tell my mom because for spring break when I asked her if I could go with my boyfriend she said no… so I went anyway. She still doesn’t know. I told her I went to my best friend’s house and she would call my best friend (Cassie) and Cas would say that I had diarrhea and was sick and could not get to the phone.
– When I was in fifth grade my dad took me to China (fly back to the motherland frequently because Chinese) and he left me in the middle of nowhere for two months because he said I was being a brat and that he grew up eating toothpaste during the culture revolution.
– I do not like to smoke weed or people who do because I find them lazy and downers and boring. Why would I want to sit around and gorge on food…?
– I was really into fitness for about six months and lost 50+ lbs.