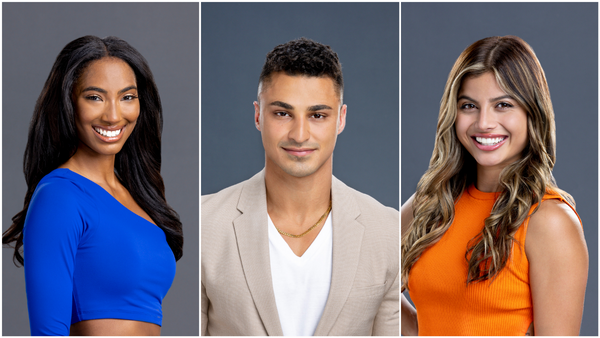 Are you prepared to meet the new cast of Big Brother 24 who will keep us entertained all summer long as we watch their every move? For the next three months, we will watch them compete, lie, and backstab their way to the half million dollar grand prize.

We’ve got sixteen all new houseguests again this year and after last year’s strong season and great ratings, we shouldn’t be surprised by this cast of all new players.

Who Are the Big Brother 24 Houseguests?

Among the players is a thrift store owner, a private chef, an attorney, a Vegas performer, a hypnotherapist, a chemical processing engineer, an interior designer, a bus operator and more from all over the country. Two of the houseguests are originally from outside the U.S. in Nigeria and Brazil.

Click on the names below for more details on Paramount+:

Overall, it’s a neat group and all viewers can do now is expect the unexpected as Julie reminds us. We do have a lot of interesting characters this season so I tend to believe that we’re in for a fun and exciting season as a whole.

Many of the houseguests are in their twenties, and the cast ranges in age from 22 to 47, with two people in their forties. That’s a little bit older than last year’s crew, which boasted then-40-year-old Tiffany Mitchell as the eldest.

The all-new season starts on Wednesday, July 6, 2021 at 8/7c for a 90 minute premiere event. After the premiere, the show will continue to air at its usual schedule of 8/7c on Wednesdays, 9/8c on Thursdays and 8/7c on Sundays.