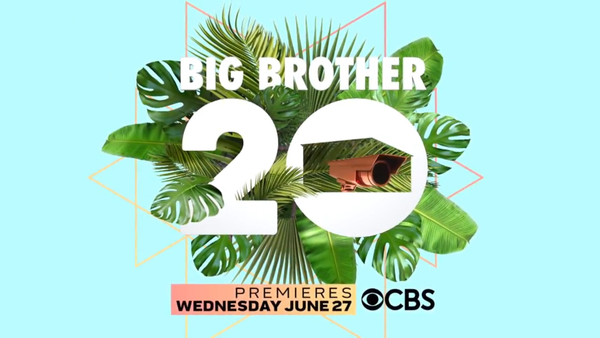 The Big Brother 20 season premiere is just a little over 1 week away! Each and every year CBS puts out a video showing all the fun and excitement that the audience will have by watching Big Brother this summer.

The first official Big Brother 20 commercial of the season has been put out. As usual, of course, we don’t get any details about the new season cast or twist yet, but it’s still great that Big Brother has put out an awesome season premiere preview.

The new commercial starts by telling us that Big Brother is turning 20. They tell us that we have seen 19 seasons of mayhem, manipulation, and madness while showing off various clips of past houseguests throughout the years and their antics.

The commercial also states that it will be the biggest summer ever followed by a zing sound effect by the Zingbot. It ends by saying to not miss out on all the fun. So get ready for Big Brother 20 and be sure to join us on social media like Facebook and Twitter for news. We’ll let you know all the important preseason details very soon.

The new season starts on Wednesday, June 27, 2018 at 8/7c for another two-hour premiere event. After that, we’ll get episodes every Sunday (8/7c), Wednesdays (9/8c), and Thursdays (9/8c). And of course, our coverage will run all summer long so you’ll never miss a thing between the episodes and the live feeds.

Click here to sign up to CBS All Access to watch the 24/7 live feeds this summer. This will give you unlimited access to the Big Brother 20 house all season long to see what they won’t show you on television. Also CBS All Access has all 19 seasons of Big Brother up if you want to re-watch any past season.