Big Brother 20 Jury Battle Back: Who Will Re-Enter the Game? 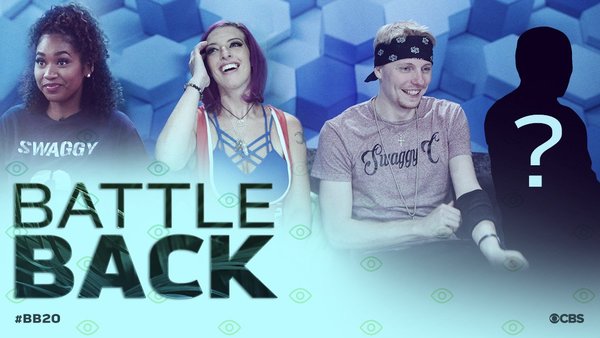 It’s going to be Bayleigh, Rockstar, Scottie and either Haleigh or Faysal. Who has the best shot at coming back? It could be like the Jury Battle Backs from Big brother 15, 17, & 18 where it’s endurance and the juror who holds out the longest returns. Or it could be a challenge outside of the head of household competition like Big Brother 16 where it was a crapshoot.

Who has the best chance of returning? This all has to do with the type of competition that will be put forth. If it’s an endurance it could be Scottie or Bayleigh because they have a smaller frame. If it’s skill based than it could be Scottie, Bayleigh, or Haleigh but Rockstar could also pull out a win. Now if it’s a crapshoot like in Big Brother 16 where Jocosta almost won and beat Nicole then it’s anyone’s game.

Who do you think will return to the Big Brother 20 house after tomorrows Jury Battle Back competition?