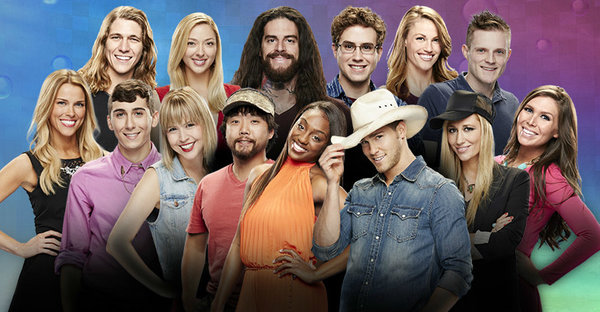 The Big Brother 17 season premiere is finally upon us! After many weeks of waiting we will get to see the new houseguests and possibly discover what this seasons twist is really all about and how it will play out this summer.

We have also heard that two additional houseguests will be revealed tonight on the Big Brother season premiere. There are currently 16 slots on the memory wall, 16 place settings at the dinner table, but only 14 houseguests have been announced as of yet.

Rumor has it the last 2 houseguests might just be one of the arranged couples from last seasons The Amazing Race. The pair in question are Jeff Weldon and his partner Jackie Ibarra as the final two houseguests has not been confirmed or denied from anyone at CBS.

The fact that we haven’t even seen any sneak peeks of the show yet, or the infamous backyard swimsuit pictures from CBS says a lot. More details are typically released during this time period but production has been very secretive this season.

Big Brother starts tonight at 8/PM ET/PT with an hour long episode. The second part of the premiere airs on Thursday night, also at 8PM ET/PT. The Big Brother live feeds will be turned on shortly after the Thursday night episode after the west coast airing.