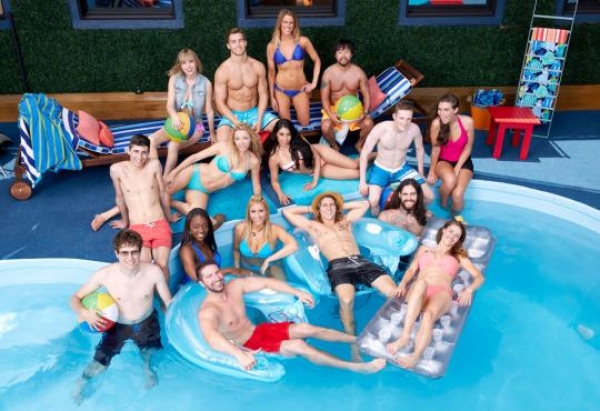 Big Brother has finally put out the cast picture plus an all female and all male picture set featuring this current season. We get to see an exclusive first look at the all new cast outside in the Big Brother 17 backyard. The pictures do feature all 16 new Big Brother 16 players this season in their swimwear.

All of the backyard pictures have the houseguests in many various fun and energetic poses. By looking at all these pictures one can see a cast full of hotties and hunks this season. Casting seems to have gone all out on fit bodies but the real question is what will they bring to the game?

The next time we’ll see all these houseguests is tonight during the season premiere of Big Brother 17. With the BBTakeover twist this season it’s bound to be explosive and very entertaining to watch. The live feeds will be 24/7 and its available from CBS this year so be sure to pick up the live feeds today.

Make sure to catch them again when the 24/7 live feeds begin on Thursday night after the west coast airing. If you don’t have the CBS live feeds yet then make sure you subscribe to not miss all the action at CBS All Access.