At 5:15pm on the live feeds Mike Boogie, Ian and Danielle are in the arcade room chatting. 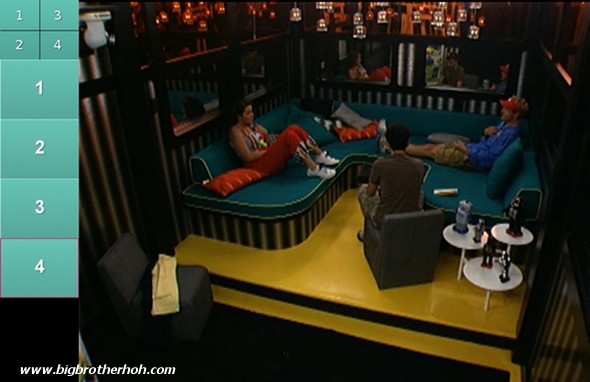 Mike Boogie and Ian are trying to sway Danielle to play on their side. Mike Boogie tells her that he was planning on leaving the alliance with Janelle next week. He says that Shane winning the HOH and firing 2 shots at her team has changed his end game plan. Mike Boogie tells her that he’s worried about Janelle in the game because she is so powerful in the coaches competition. He says there is no final long term deal with Shane but they are working together for the time being.

Danielle states that she trusts Mike Boogie’s players a lot more than Janelle’s team. Mike Boogie adds that he is 100% on board with working with Shane as long as he is in the game. He says that Janelle is campaigning to get Frank backdoored but there is no way he will let that happen. Mike Boogie says Frank has won 4 major competitions in a row and that will make in a big target in the house. Danielle asks if his team wins HOH if she is going to safe and Mike Boogie says yes.