Big Brother 14: Dan and Danielle Talk About Their Options

At 4:50pm on the live feeds Dan and Danielle are in the backyard chatting. 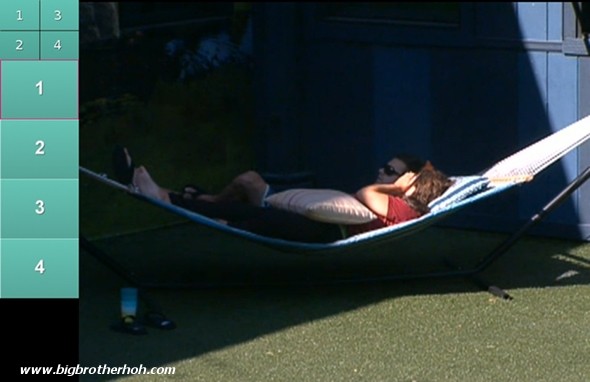 Dan tells Danielle that they really need to have a serious game talk with Janelle and her players to make a deal for safety. Danielle states that Shane keeps telling Frank that the target who is going home this week is Joe. She says that if ends up voting out Frank that Mike Boogie will come after her.

Danielle asks Dan why does she feel that I’m reliving Big Brother 10 and playing your game. Dan says that this is how hes been trying to manufacture the season for her. Danielle asks him when he was the swing vote on his season what he ended up doing. Dan said that he went with the people he liked the most and that he could trust.

Danielle says that she might need to turn up the flirting with Shane this week. Dan wants to know if Shane said specifically that he wasn’t going to put Danielle up on the block. Danielle states that Shane told her very clearly that he wants to be at the end with her. Dan says that Shane plays a very weird and twisted integrity game.