At 7:45pm on the live feeds Britney, Shane and Danielle are in the HOH room chatting. 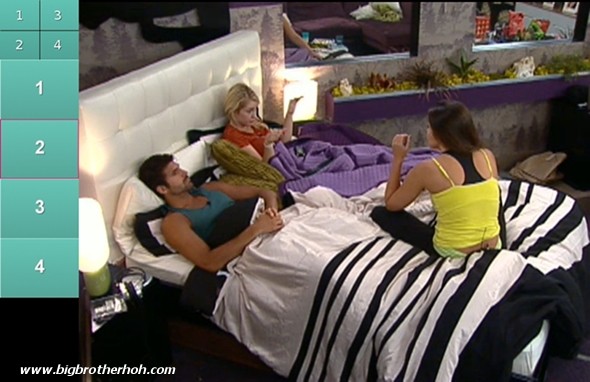 Britney asks Shane where his head is at because she’s starting to get worried about nominations and what he might do. Shane states that he will end up keeping keeping the nominations the same and will not replace anyone with the veto. He says that he just wants to keep all the options open on the table. Britney states that Wil is saying that his main target is Ian is now more reason for them to leave Ian in the game. Britney thinks that Shane will not benefit from getting rid of Frank this week at all. She says that the will need to work with Mike Boogies team to get rid of Janelle’s players.