A First Look at the Houseguests Inside the House

In the first picture we see Kara, JoJo, Joe and Willie all excited to be entering the Big Brother house for the first time. We do see Joe is a tad more excited then the rest followed a close second with Kara. This is the time they rush to the bedrooms to see if any bed is still available because nobody wants to share. 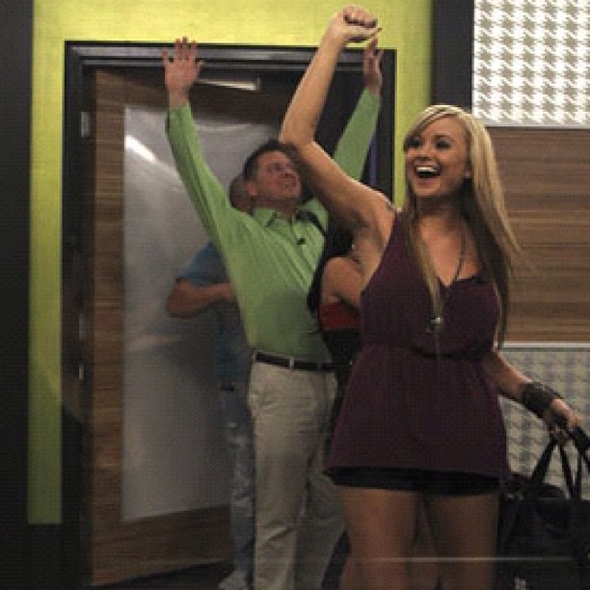 The second picture shows JoJo and Willie in the kitchen while JoJo is drinking something from a wine glass. This also appears to be from the night that they all move in since they have the same cloths on. They are both clearly looking at something or someone off camera so its unclear to know what exactly they are reacting to. 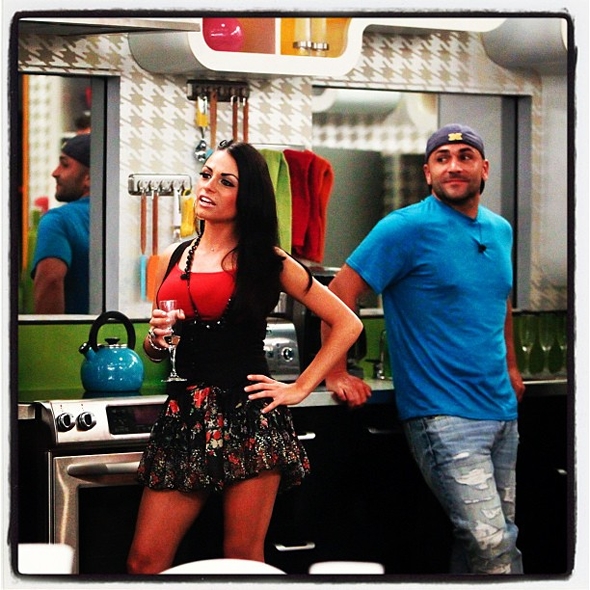